byadmin inUncategorized posted28 March, 2018
0
0
Good News for Job seekers-Higher recruitment, better compensation in offing this year: Report
The Indian job market is likely to witness higher recruitment and better compensation this year, as around 60% companies said that they plan to hire in significant numbers this year, says a survey.
According to a report, recruitment sentiments are positive for this year as the industry has managed to ride out the impacts of demonetization, the revision in H1B visa regulations and the implementations of GST.
Nearly 54% of the companies surveyed said that compensation is likely to stay the same while 39% said compensation is likely to grow this year. Less than 5% said that it will see a decline, the report noted.
“Nearly 60% said that compensation would rise at the junior and middle levels,” the report noted.
Around 60% of the companies surveyed said they plan to hire in significant numbers this year, and nearly 30% companies said they will be recruiting with a specific intention of countering the threat from start-ups in their industry.
Sectors such as manufacturing, ITeS, transport and hospitality, which saw a fall in hiring in 2017, are also expected to make a partial recovery this year.
As part of the report, 140 companies and more than 350 recruiters operating in 10 sectors were surveyed namely IT, retail, hospitality, FMCG, healthcare, automobiles, infrastructure, education, ITeS and BFSI to understand their hiring intentions. 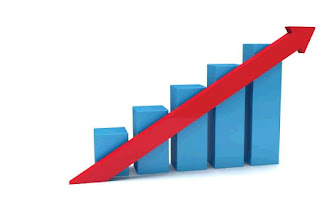 The markets covered under this survey are Hyderabad, Bangalore, Mumbai, Chennai, Pune, Delhi, Kolkata and Ahmedabad.
Ref: TOI
Share this :

Panel interviews: How to face more than one interviewer

How to catch a Liar - Wrong Body Language

30 Quick Tips for Success in Interview

5 Rules For A Successful Job Hunt

Top 7 Words to Include on Your Resume

6 things you should always bring to a job interview—

6 Factors in Choosing Your Internship

Do you have any idea about what you would be doing after the exams?